How can we help you today?

How do I remove the Crowdfire branding from my Facebook posts? Print

Posts published on Facebook via Crowdfire will display a Crowdfire tag. This is actually a label added by Facebook and not Crowdfire. Because the post was published via Crowdfire, Facebook API policies require that the name of the publishing app shows up in that space at the time of posting.

Facebook Pages on the other hand, will display a "Published by Crowdfire" tag, but it will not be visible to your Facebook followers.

Here's a breakdown of what is included and where:

Let's look at the difference between posting on profile and a page through pictures: 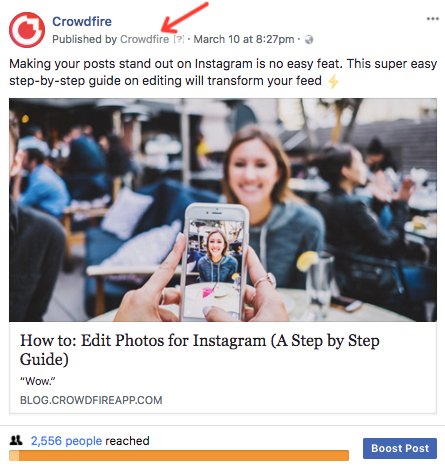 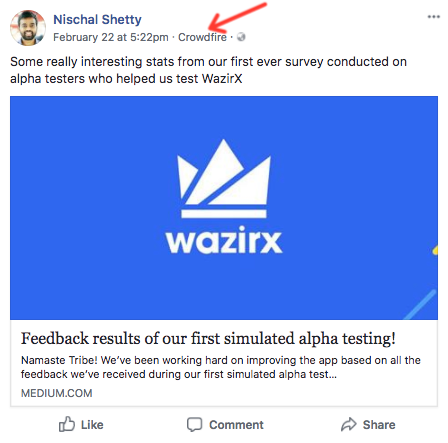 At Crowdfire, we are committed to following API guidelines for all social networks we have integrated with. If Facebook does make changes to its policy in the future, we'll make sure to allow an option to disable the branding/tag as well.

Did you find it helpful? Yes No

Send feedback
Sorry we couldn't be helpful. Help us improve this article with your feedback.